A BIG year and another one about to start!

I think of the New Year as beginning in September. It’s my mindset. I taught school for ten years. Every fall I get swoony over school supplies and feel wistful when I see nervous kids in crisp clothes at bus stops. It is the time of new things and beginnings—empty notebooks,  sharpened pencils—fresh starts.

We just wrapped up a REALLY BIG YEAR—for the film and for us personally. (The two truly are one in the same.) And we are about to start another really big year for us and the project.

I am feeling reflective and grateful for our good fortune, past and present, and wanted to share it with you, our supporters— our foundation.

Here is a quick bullet-pointed timeline of the past 12 months:

SEPTEMBER 2012: Scott and I decide we would finish this film NO MATTER WHAT. It is too important a story and too important to us.

OCTOBER 2012: We cut a new fundraising trailer and apply for a Sundance Institute grant.

NOVEMBER 2012: We launch our successful Kickstarter that had 333 backers and ended at over $36,000—more than we asked for or  thought possible. We now know FOR SURE it is not just us and our mothers that want to see this film get made! 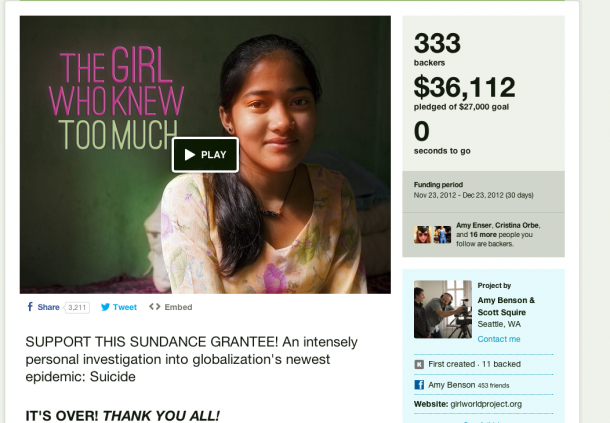 DECEMBER 2012: We  have two screenings at our home, The Youngstown Cultural Arts Center. We invited a panel of folks who have worked with women’s issues, human rights, global development and Nepal.

The post-screening discussion went deep quickly. Our Nepali friends from Himalayan Dog Chew, a Nepali-owned dog food company in Mukilteo,  shared their personal stories about growing up in Nepal and how Shanta’s experience was very familiar. Then they pledged $5,000 to the project! I almost fainted. We were so high afterwards. Thank you, Sujan Shrestha & friends.

JANUARY  2013: We prepare our return to Nepal to do our final filming. Kristin, our “Documentary Doula” joins the team to keep us organized and healthy. I don’t know how we ever did any of this without her.

FEBRUARY/MARCH  2013: We go to Nepal and have a wildly successful production trip. We returned to Shanta’s village with Ramyata Limbu, our co-director, and Shailendra Karki, an amazingly sweet guy and talented Nepali cinematographer. I am still in awe of how everything came together so smoothly—even the solar powering system Scott ‘built’ over the internet, worked perfectly! We  made a great a team. The Darnals were so lovely and welcoming. We got amazing footage. None of us got sick (well, a little here and there, but nothing serious).

We had nightly meetings in the village in our production tent. We always vowed to make them short because we were bone-tired, but we always had so much to talk about. 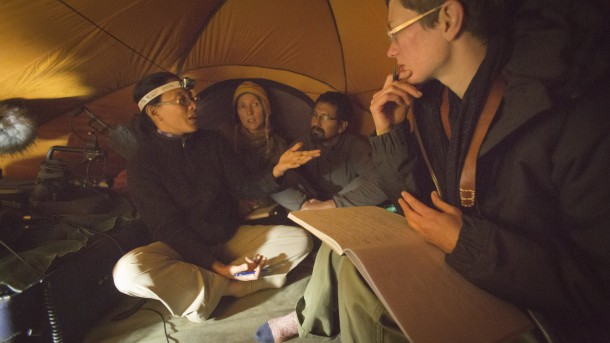 Shanta’s Mom, Dad and his new baby from his second wife. Her name is Anugra.

APRIL 2013: We begin having the footage translated. This is a $BIG project and will continue on into the fall.

MAY/JUNE 2013: The film essentially is put on hold. Our dear friend, Aubrey, who had been battling cancer since 2009, was getting sicker and sicker. These months were spent helping her die with as much love and comfort as possible, and helping her husband and family cope. It was one of the hardest, biggest and in many ways most beautiful things we have ever experienced. Aubrey was just 31. She was amazing—one of those people that everyone loves immediately.  She believed in us as filmmakers and, from the very beginning, believed in this project. We miss her terribly.

Here is our community of friends from Youngstown Artist Housing, where we live, saying ‘goodby’e and ‘we love you’ to Aubrey.

What a blessing it is to have dear friends to mourn with.

JULY 2013: Getting back on our feet! Returning to the film feels so good. It brings ‘normalcy’ and purpose to such a strange, hard time. We cut another new trailer.

We also get the news that Shanta’s best friend, Lali, received a scholarship from the Bo M. Karlsson Foundation.  She is going to get her advanced nursing degree!!

They are a stand-up NGO we have known for awhile now. The BMKF is the only organization that we know about that provides scholarships for higher education for women. We made a video for them in 2011.

We traveled  two long days to  interview Lali on this last trip. She is AMAZING! She runs the health clinic in her village. She wants to be able to treat everyone that comes her way rather than send them to Kathmandu—the journey takes over a day and many folks die on the way. When she asked if we knew anyone in America that helped women in Nepal with higher education, I was so happy to tell her about BMKF. Her paperwork was being filled out before we left the country. I am so excited for her.

Here is a picture of her and Shanta together. I am guessing from 2009. 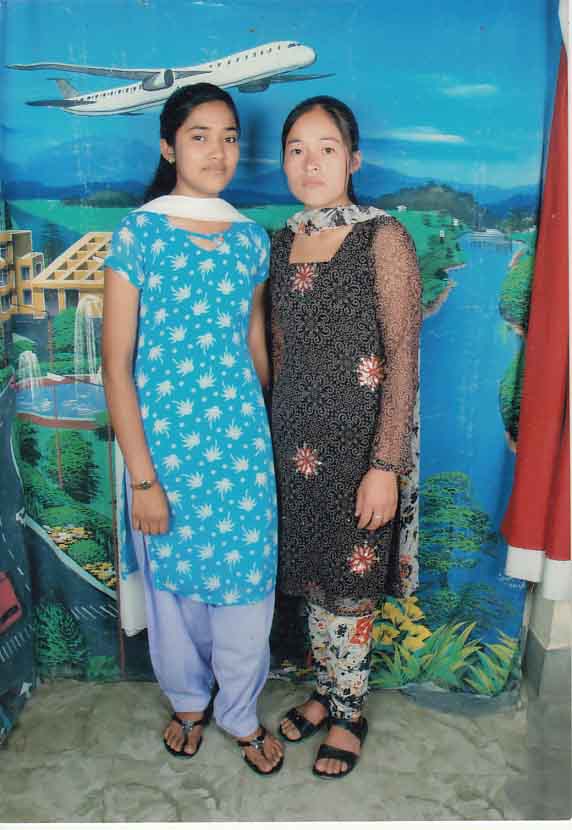 Lali at work in her clinic. Women told us they had walked up to 5 hours to see her; they choose to travel beyond clinics that are closer to their village to see Lali, specifically. 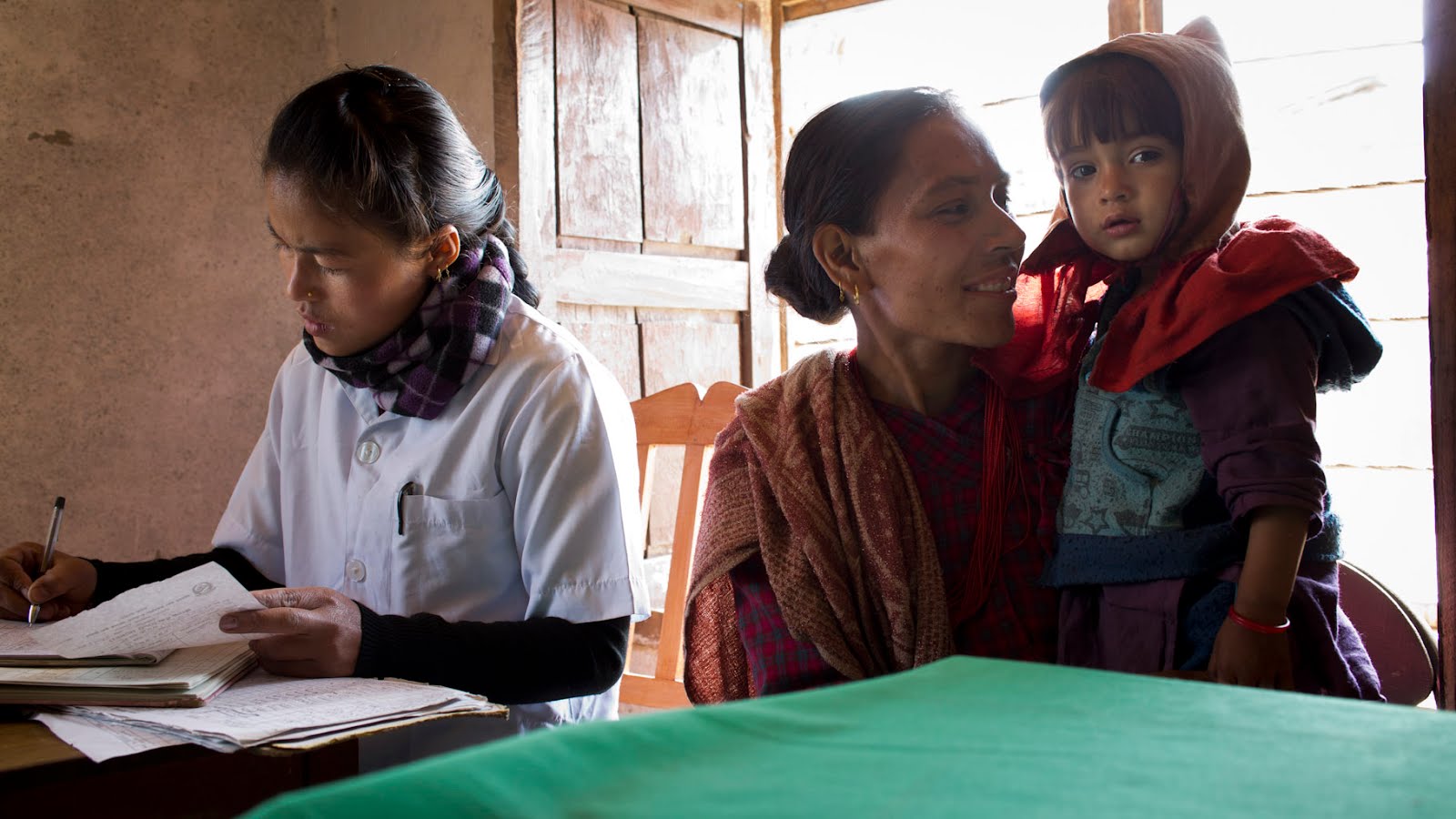 AUGUST 2013: The project gets accepted into Independent Film Project’s (IFP) Independent Film Week  as part of their Spotlight on Documentaries program! This means we get to go to New York City and pitch our film to funders, festivals and distributors. We are so excited.

In one year, we went from wondering how and even whether we could complete this film to having emotional and financial support from all around the world. We are making the film we imagined and people are going to see it!!!

This next year, THE NEW YEAR,  looks like this:

SEPTEMBER 2013 (near future as this is being written): We WOW them silly in NYC at Independent Film Week! We raise our remaining needed funds (fingers crossed!).

OCTOBER/DECEMBER 2012: We watch, translate & organize the footage with the help of our team: Documentary Doula, Kristin; our amazing local translator, Shraddha; our story advisor, James; and our translator in Nepal—Neeta. Ramyata and Shailendra are in touch with Shanta’s family and poised to film more if need be. We continue to fundraise (The need remains rather pressing).

And, Kickstarter Backers, we love you and your rewards will be fulfilled at this time!!! (I have heard that wedding gifts  and Kickstarter rewards share the same ‘within a year’ policy.)

JANUARY/MAY 2014: Fiona Otway, my dream editor, gets the footage and we begin to put the story together in the editing bay. (So excited for this!) She has two Oscar-nominated doc-features under her belt—Iraq in Fragments and Hell and Back Again. Both of them are on my top favorite documentaries list. They are both complex stories told with poignantly crafted nuance.

This is Fiona. She is way rad 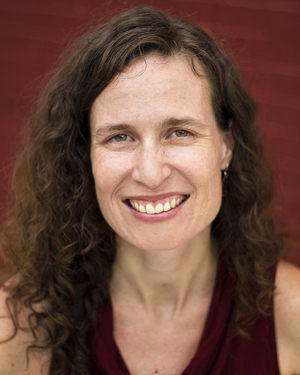 JUNE/JULY 2014: We attend the Sundance Editing and Producing labs. These are opportunities we get through our Sundance grant. They hook you up with editing and producing mentors to help you make sure you have the film you want and that people actually see it. I hear great things about these labs.

AUGUST 2014: We finalize the film and make it really pretty with color-correction and an amazingly cool sound design.

SEPTEMBER 2014: The film is DONE! It is everything we want it to be. It tells Shanta’s story beautifully and poignantly. We submit it to festivals. It spreads like wildfire in NGO and development circles. People start talking about how things can change for girls like Shanta, and families like the Darnals.  The Girl Who Knew Too Much creates positive change in the world.

DECEMBER 2014: We premiere the film in Nepal at the Kathmandu Mountain Film Festival. (You are all invited!) Ramyata, our co-director, runs the festival. I imagine the Darnals will see the film at this time. (I think about this moment a lot!)

This will kick off the tour of the film that travels around Nepal on an inflatable  screen. This is part of our outreach/audience engagement plan. I think it is just crazy enough that we can pull it off. Ramyata and I believe it is going to be important for Nepalis living in rural areas to see this film.

SUMMER 2015: We will take a vacation. Like a real vacation where we sit around and read books and play frisbee with our son.

Then we start the next film. Wonder what it will be.

That is it! That is the full plan. We believe in it! Feel good about it. We are inviting YOU to join us if you want to come along for the ride!