Posted by Scott on November 15, 2017 in Darnals, Funding, Our goals, Outreach/Impact, Uncategorized | 0 Comments 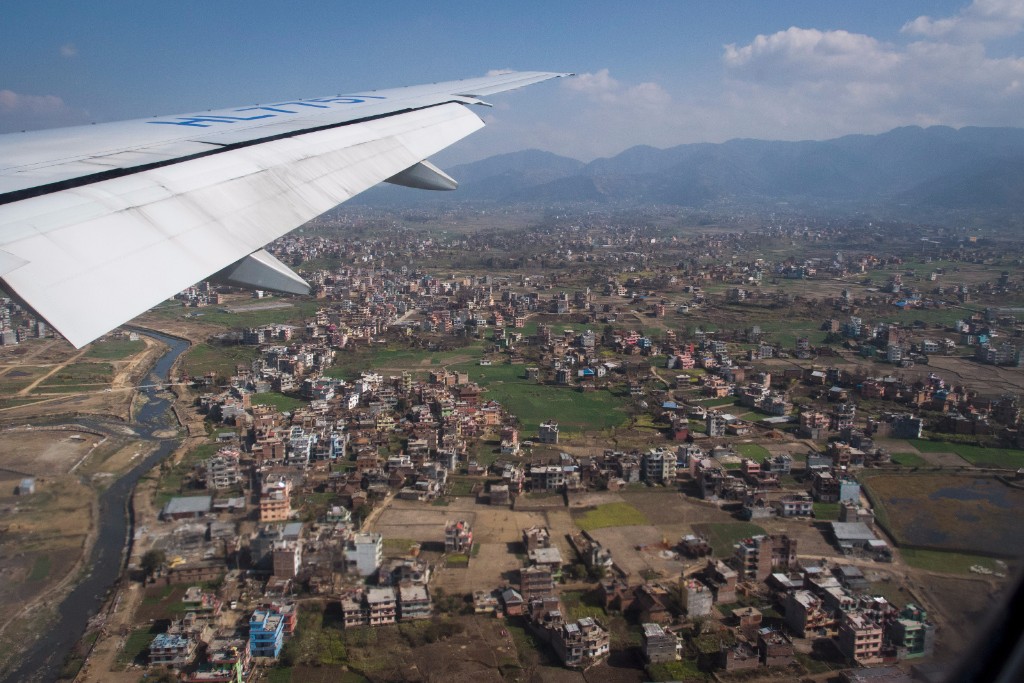 Drawing the Tiger: The Next Chapter(s)

Scott and I are continuing our work with the Darnal family—we have completed a new film, have another one in the works, and are helping the kids complete their education. I left for Nepal last Tuesday to visit the family in their new home outside of Kathmandu. I will keep track of my experiences and impressions here. I am eager to share them with you. Having others with us in this project, helps us to make sense of it. 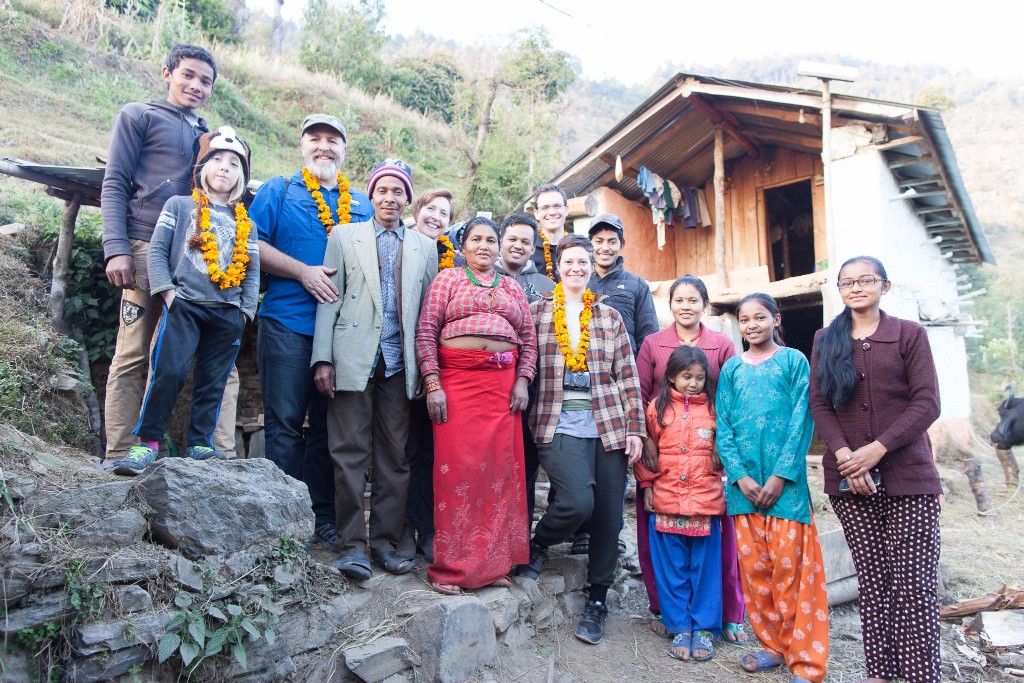 A Brief History of the Darnal Project

In 2008, Scott and I were hired to make a promotional video for a nonprofit that provides scholarships for girls to go so school in the Kathmandu Valley. This is how we met Shanta Darnal. 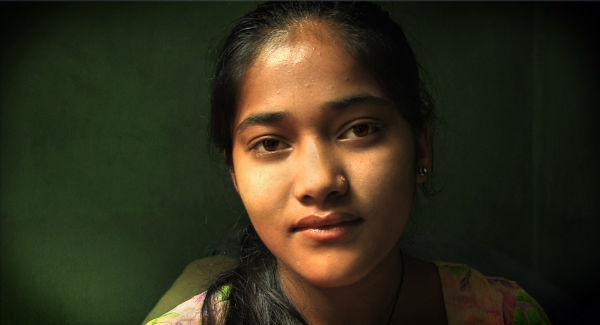 Shanta was rad. She was super smart, determined to graduate and to return to her village a doctor. Scott and I adored her. A year after completing the promotional video, we learned that Shanta had taken her own life. This was devastating. We couldn’t make sense of it. Why would this talented girl with all her education paid for in a country where less than half the girls finish the 8th grade—kill herself? That question took us on a life-changing journey that resulted in the feature documentary, Drawing the Tiger—which we completed in 2015. If you have not seen it yet, and would like to, let us know.

During the 7 years of working on the film, we developed a relationship with Shanta’s entire family. Their story continues and so we are continuing to tell it.

Read more about the history of the project. 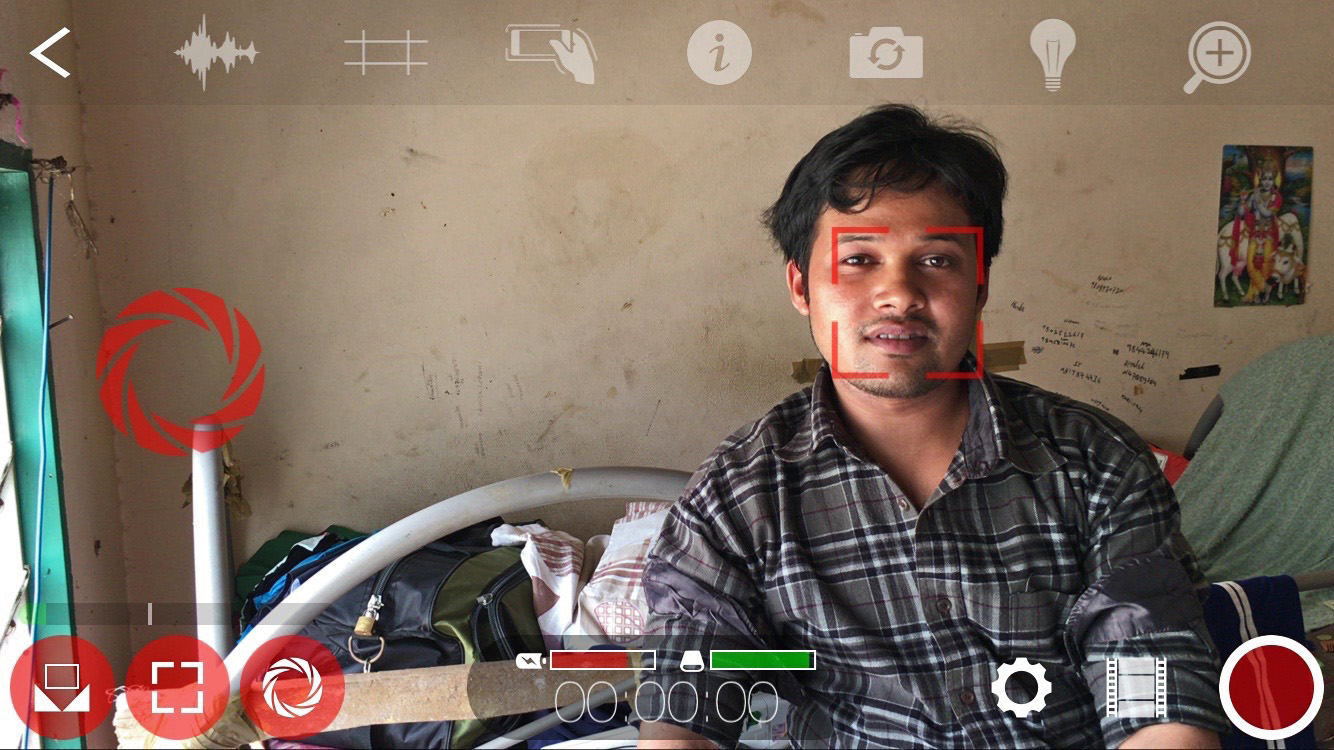 We have just completed a short (30-minute) follow-up film to Drawing the Tiger, about Kumar, Shanta’s brother, and his experience as a migrant laborer in Malaysia. It is called The Eldest Son.

Half of Nepali households have at one family member abroad. While some are successful, the majority come home in debt, injured or worse. The Eldest Son furthers our study on the emotional toll of poverty + globalization.

We have started submitting The Eldest Son to festivals, but before it screens widely, Kumar and his family  need to see the film. I am nervous and excited about this!

Goals for this trip to Nepal

1. Showing the Darnals the new film, The Eldest Son.

(We are excited to show you the film too. If you gave to either of our Kickstarters, you will receive a free streaming link in the New Year!)

2. Enrolling the three teenage kids in school. Ram Kumar, Sarita and Rashmita are in a crucial part of their educations. The Darnals managed to to keep them in school—despite needing their help to farm, and costly fees—through the 10th grade, which is when kids in Nepal take the SLC, the big comprehensive exam that determines if they go further. Ram Kumar and Sarita both passed, but need to retake some parts before they move on. Rashmita needs to take the test over this year. You see, even though these three kids studied ALL THE TIME! (I am not kidding. They study in candlelight. In wee morning light. Walked over an hour to another village for high school and for extra tutoring before the sun came up. And, that was after feeding the goats.) These kids have worked so hard, but because the village schools are so inferior to those in Kathmandu, they are behind.

Well, the Darnals have now moved to the outskirts of the city. It is time to get those kids graduated! And, we have found the organization to do it. Mitrata! 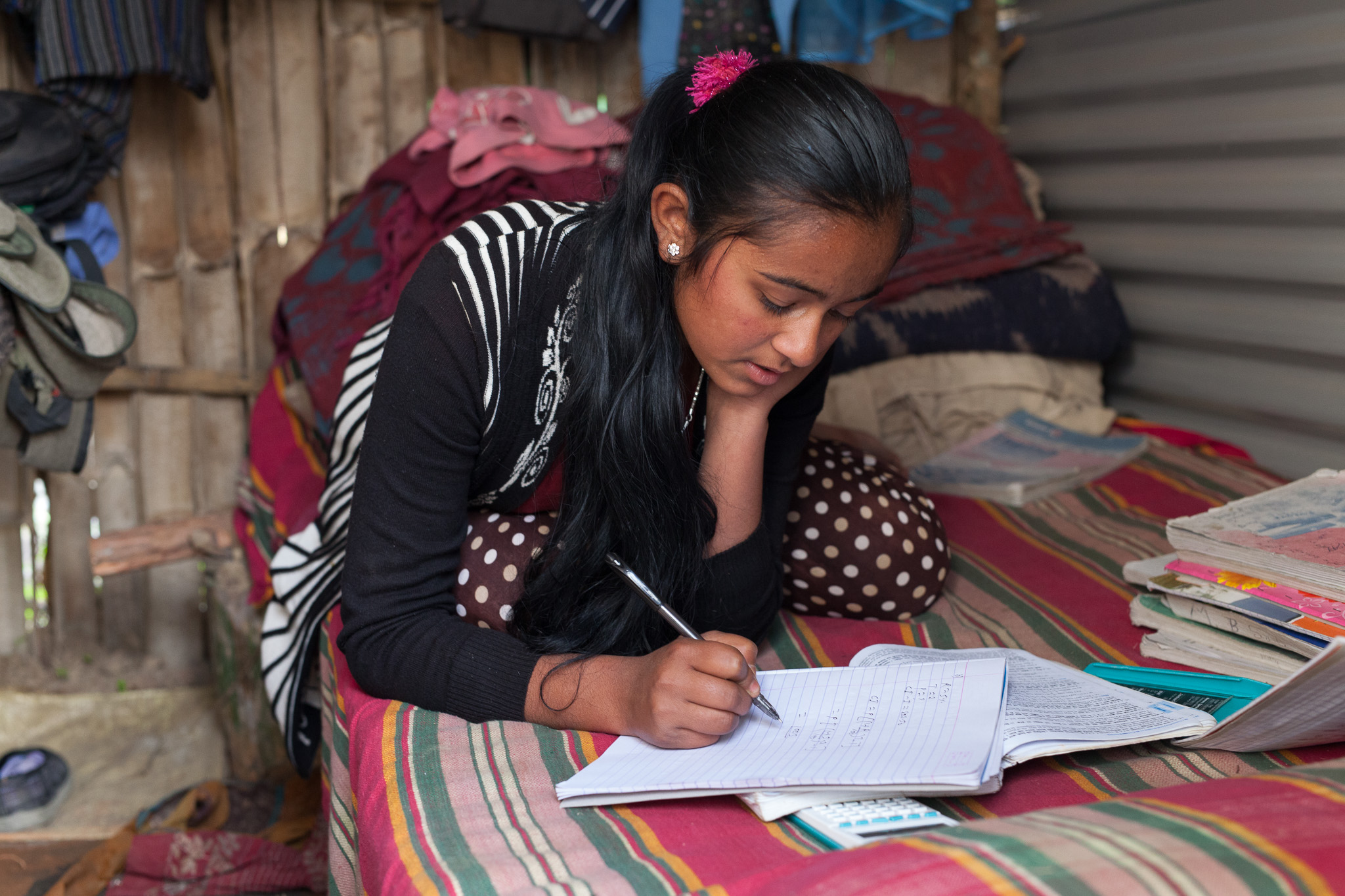 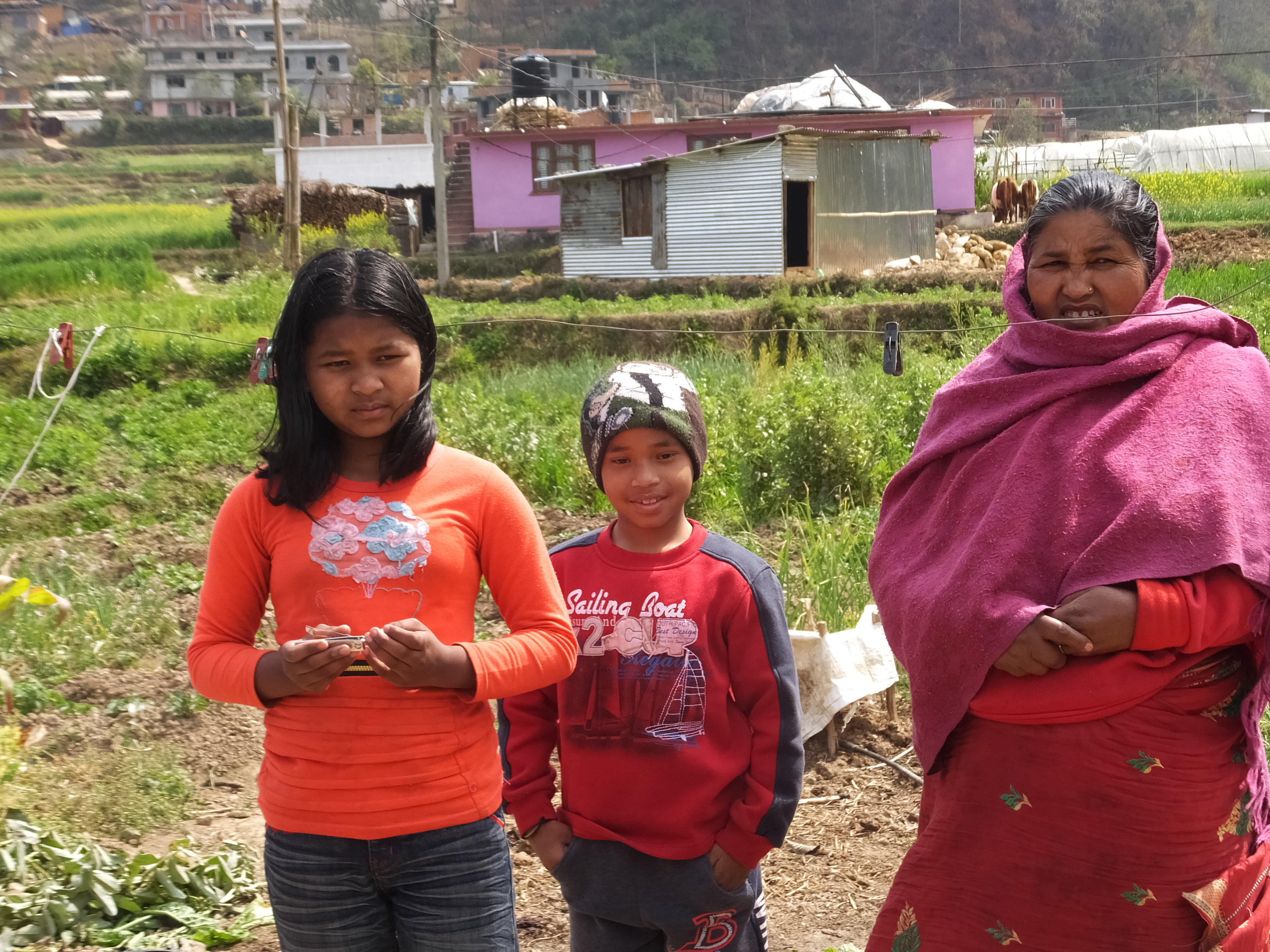 Purnima, Pawan and their grandmother in front of their new home outside of KTM.